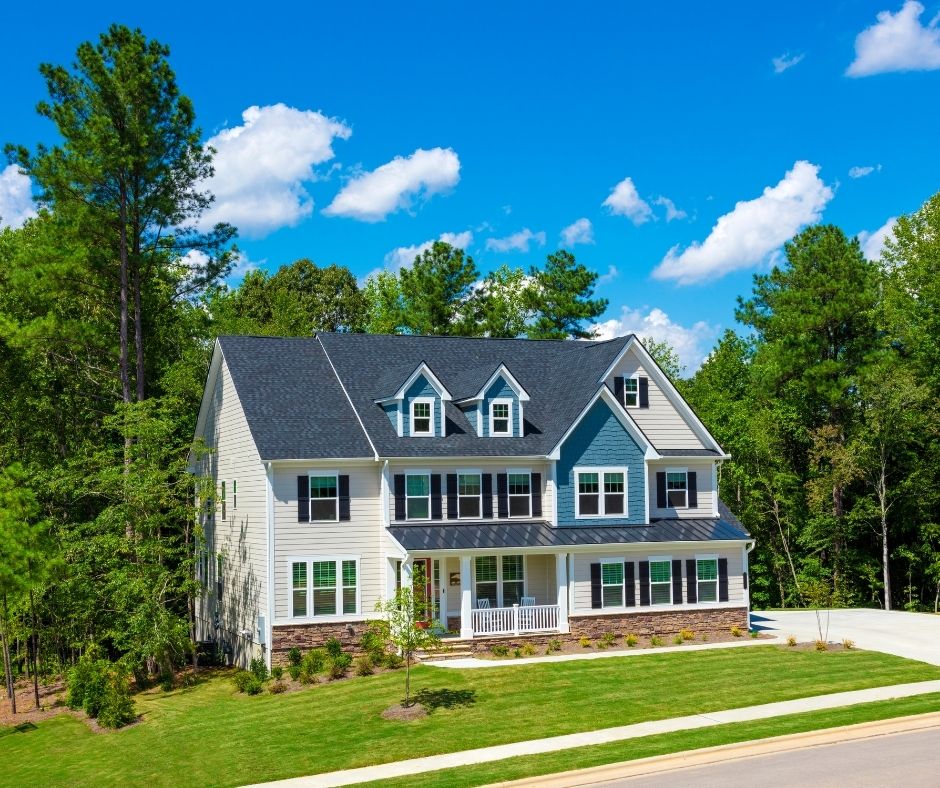 7 Reasons Washington Is A Great Place To Move-In

While "toners" (people who live in Washington state) we’re immensely proud of a lot of things, they also know there’s more than meets the eye.

From their relaxed weather patterns to world-class third-level education, Seattle offers all its residents the chance to build the life they want with the opportunity of something new never far away. Why move to Washington State? We've found nine good reasons.

Washington offers refuge to some of the nation’s and world’s biggest companies. Microsoft, Google, and Amazon have multiple offices here and collectively employ over 100,000 people just on their own. And they aren’t the region’s biggest employers. If you’re not interested in tech or working for a multi-national corporation, there’s plenty of other options. Boeing, while taciturn, employs 70,000 people in the area. The military also has a massive presence in Washington at the Joint Base Lewis-McChord, which is south of Tacoma. JBLM employs 56,000 people. You don’t need to enlist to get involved: there are plenty of civilian jobs both on and off-base.

2. FOCUS ON THE ENVIRONMENT 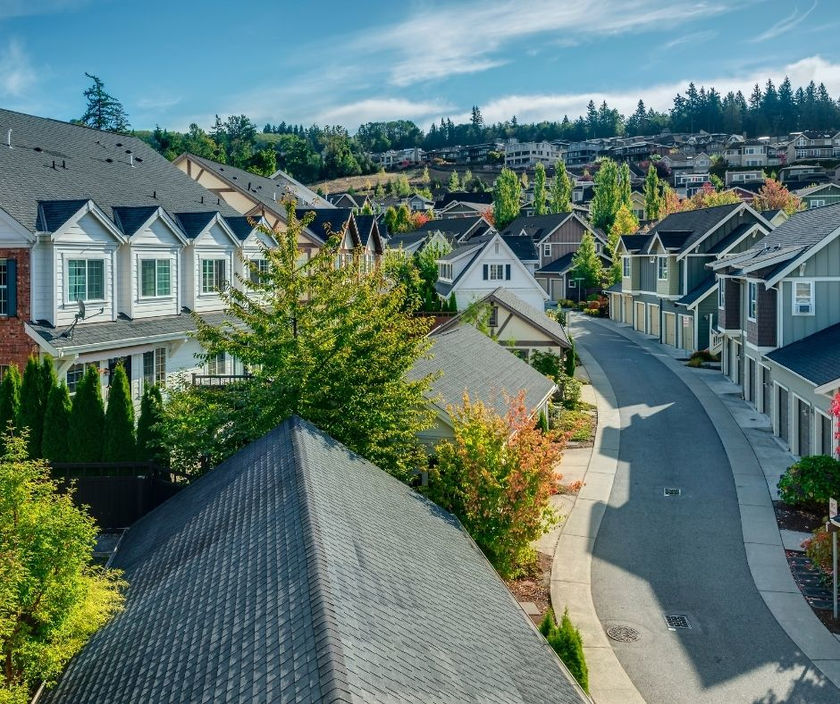 Love the environment and want to live in a like-minded place? Washington is your scene. Washington scores well on multiple ranking systems. WalletHub placed it at #17 between Hawai’i and Maryland. Forbe’s list of greenest states gave it a score that put it in spot three. Areas like Bellingham also score some of the best air quality in the country.

Washington is one of seven states without income taxes. Go ahead. Keep more money in your pocket every month. April has never looked so easy.

The University of Washington is a highly-ranked public institution that attracts both in-state students and those from further afield. Want to escape Seattle? Head east to Washington State University, another high-quality research institution with a large student body. Education there isn’t just world-class: the government is mindful of its cost. Back in 2015, the state government slashed tuition for four-year colleges by 15-20%, making college more accessible for all. 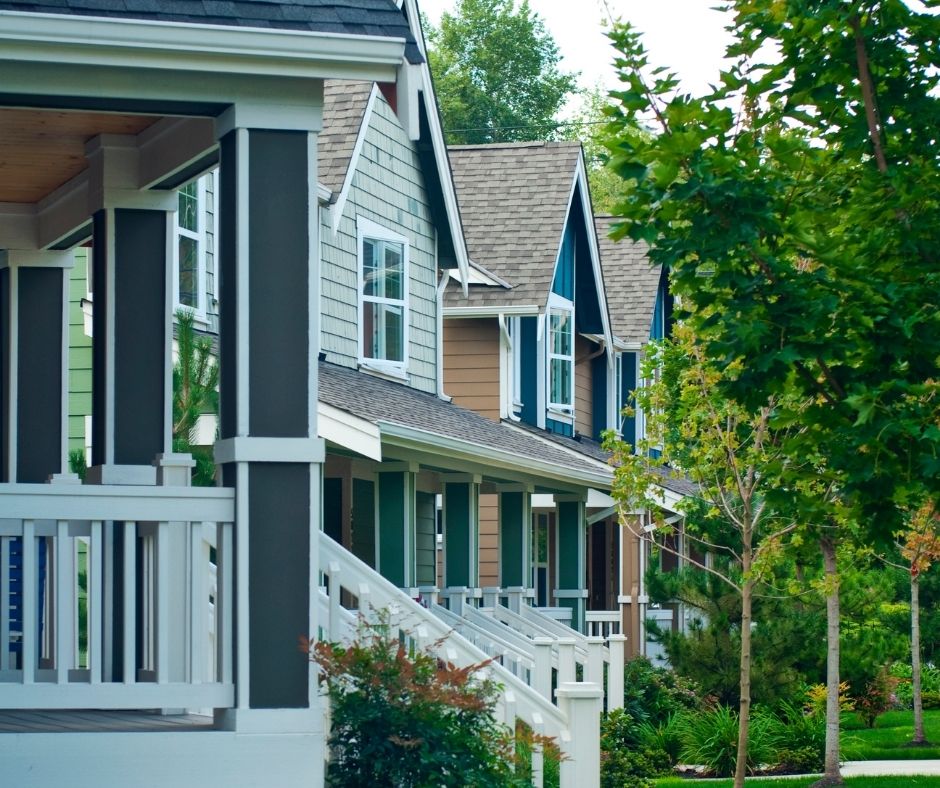 So many states offer one epicenter, and other metropolitan locations play second fiddle. With a base on the west coast, you can find yourself a world away for a weekend without having to leave the state. Olympia is one of the Top 100 Best Places to Live in the country and has been for four years running. Spokane also boasts a diverse economy and high-level institutions. Bellevue is one for households that make six-figure incomes who want to live near Seattle but not in it. The city also joins Olympia on one of the best places to live in the country. Bellingham shares a border with Canada, so it collects Canadian shoppers’ money (and sales tax). Tacoma offers employment opportunities and no less than seven highways for commuting for work or fun. 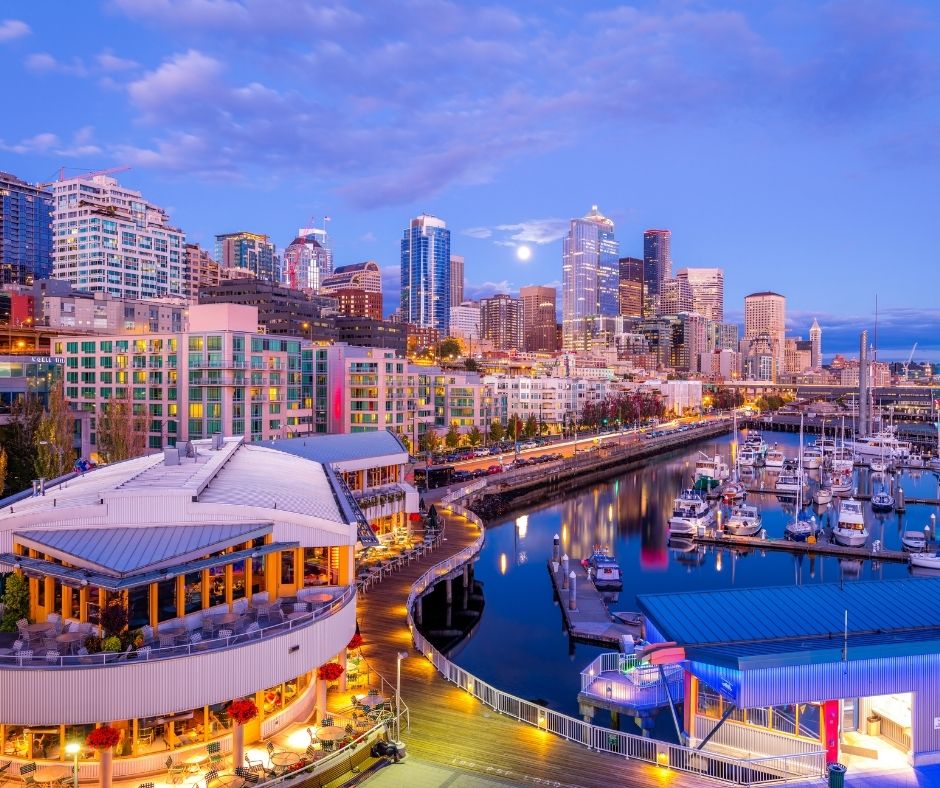 You’ve packed everyone in the car for a fun day out – but did you bring your dog? Seattle is one of the – if not the – most pet-friendly cities in the entire country. Seattle allows dogs on public transport. Hotels in the state love dogs and even offer pet sitting services. Also, you’ll enjoy plenty of parks and outdoor excursions that naturally allow dogs. Even restaurants are in on the action, but be sure to call before you arrive to check the most up-to-date policy.

Places to check out include:

Don’t forget to take them on weekend trips to Victoria, Vancouver, Portland, and the San Juan Islands!

7. GET THE WEATHER YOU WANT 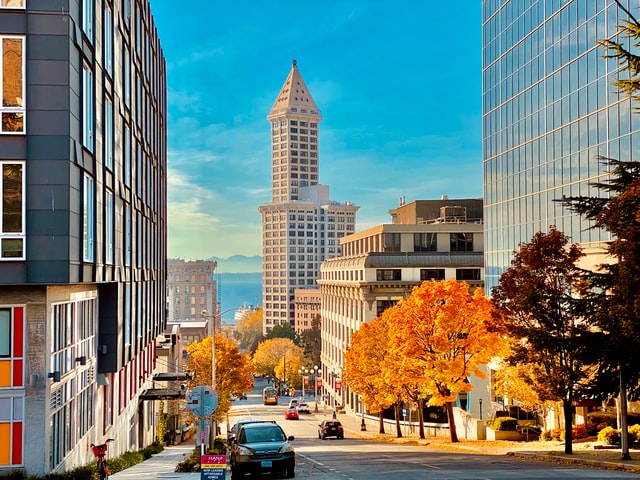 What’s more diverse than Washington’s economy? Its weather. Washington offers a climate of contrasts. Yes, it rains regularly, but Seattle ranks 444th in annual rainfall. You’ll get wetter in Miami! Western Washington offers a mild climate with 80 degree summer days and 45 degree days during the winter. Snow is a rare (but beautiful) occurrence, and temperatures do drop at night. The Pacific Ocean and the Olympic Mountains do much of the heavy lifting in moderating the west’s climate. It may be cloudy, but you’ll get more rain in the mid-winter months than you will in July and August.

In the east, the Cascades swallow up the rain but let the snow settle. While Seattle or Tacoma rarely see flakes, Eastern Washington enjoys 200 inches a year. In contrast to the clouds of the west, the east also gest 300 days of sunshine per year. Temperatures reach greater extremes in the east with summer days reaching the upper 80s and 90s and the inter dropping from 32 degrees to 0.

Washington is the place to be. With one eye always on building a bright future, the state will remain inviting for years to come. So, if you are planning to relocate to the state of Washington, this post covers some of the reasons why the state is great.